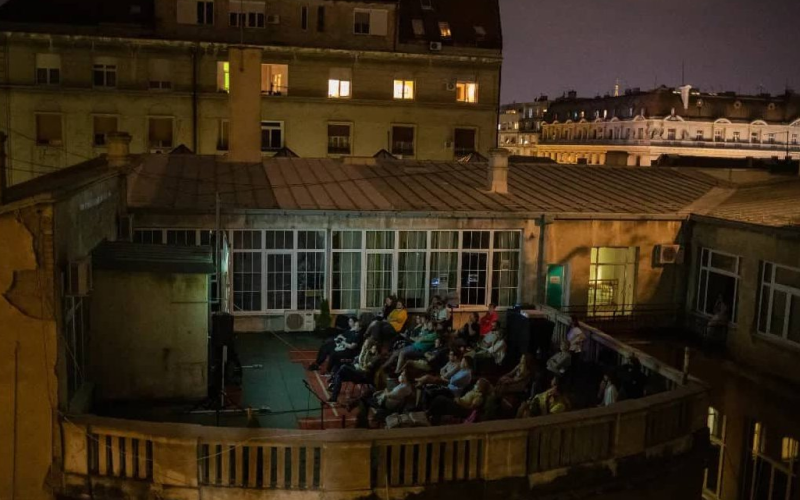 If you happen to be in Belgrade during the summer, this city wonāt disappoint you. Belgrade offers a variety of outdoor activities, especially on the rivers. But also, Belgrade is famous for its diverse cultural program, both mainstream and alternative. We suggest you enjoy one calm evening in the open-air cinema.

We selected a couple of open-air cinemas in Belgrade:

Art Cinema Kolarac - for the third summer in a row, Kolarac organizes its summer cinema on the terrace, the true hidden gem in the city center. The program of the Kolarac Cinema mainly focuses on the best selection of European films from the new production. On their program, you can also find the best pick of the projections from the FEST, an international film festival organized yearly at the beginning of March in Belgrade.

The open-air cinema at Sava Promenade is the newest open-air cinema in Belgrade. Located near the Sava river, this cinema shows blockbusters and classics every Friday and Saturday until August 27th. All the projections start at 9:30 PM and are free of charge.

The program from the second week of July until the end of August  is:

August 5th - The Lord of the Rings: The Return of the King

New Theatre Zvezda is one of the world's oldest cinemas, built-in 1903. Today is protected as cultural heritage.

Seized by young artists and the public in the winter of 2014. Zvezda is located in the center of Belgrade, at Terazije 40, and offers a casual experience of watching movies outdoors.

In the next couple of days, Zvezda is showing:

July 12th - Scent of a Woman (1992), a humanitarian projection of the famous movie

All projections start at 9 PM.

Catch 22 is an alternative art space created to boost a community of young artists and authors. During the summer, Catch 22 also organizes movie nights, and the next one showing is the French crime black and white movie, Elevator to the Gallows (1958) this Thursday (July 14th) at ) 9 PM.

This program is made possible by the support of the American people through the United States Agency for International Development (USAID). The contents of this program are the responsibility of Nova Iskra and do not necessarily reflect the views of USAID or the United States Government.

Also known as āperformance cookies,ā these cookies collect information about how you use a website, like which pages you visited and which links you clicked on. None of this information can be used to identify you. It is all aggregated and, therefore, anonymized. Their sole purpose is to improve website functions. This includes cookies from third-party analytics services as long as the cookies are for the exclusive use of the owner of the website visited.