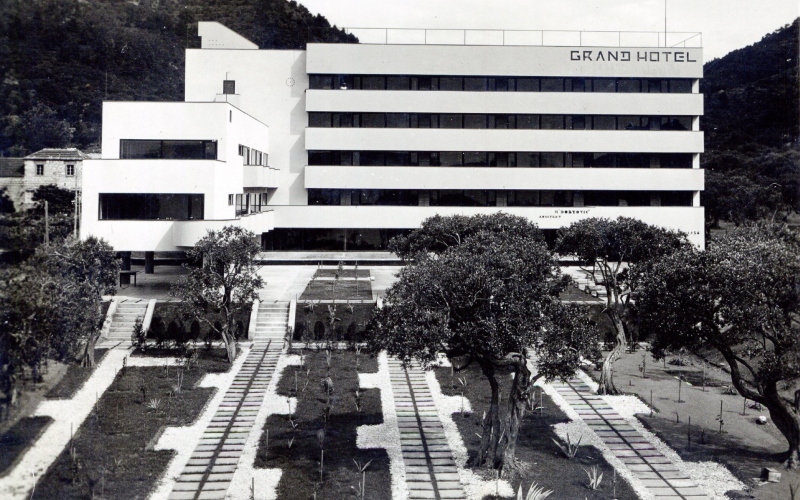 Nikola Dobroviƒá was a Serbian architect, teacher, and urban planner. Dobroviƒá designed a number of buildings including the Yugoslav Ministry of Defence building, later destroyed during the 1999 NATO bombing of Yugoslavia, that still can be seen in the center of the city.

After gaining experience in prominent Prague architectural offices and in his own practice, he moved to Dubrovnik in the early nineteen-thirties with the radical, programmatic mission of bringing modern architecture to this historically very important city on the Dalmatian coast.

The second part of Dobroviƒá‚Äôs life and career took place in the socialist state and social system of Yugoslavia and a good part of Europe, even in the countries where he was born and later studied, Hungary and Czechoslovakia.

The authors of the exhibit, Marta Vukotiƒá Lazar and Bojan –öovaƒçeviƒá wanted to do a synoptic review and presentation of Dobroviƒá‚Äôs oeuvre for the first time, not taking into account, not fully anyway, some collections about this architect.

Favorable circumstances of organizing the exhibition have been that the legacy of his projects and documents about his life and work are largely preserved and stored in the Museum of Science and Technology, a considerable part in the SASA Archive, and fragmentarily in smaller personal collections of documents.

His greatest and most significant work, according to many, was severely destroyed in the NATO aggression in 1999, both in the Kneza Milo≈°a Street and most of the building has not been renewed to this day. At the end of 2005, the Government of the Republic of Serbia declared it a cultural property. The goal of the exhibition is to make this action and process current, which has been delayed so far. 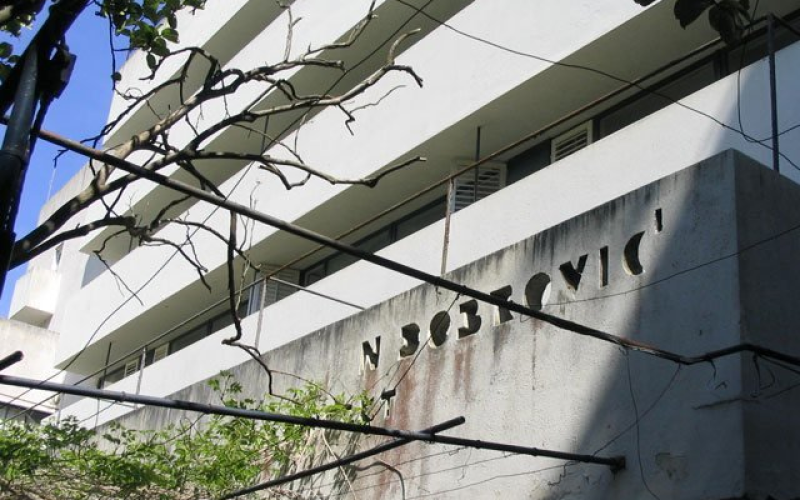 The exhibition itself is part of the integral celebration of the 125th anniversary of the birth of this great architect, which includes a scientific conference, several publications in Serbian and English, a student competition, panel discussions and talks, organized in cooperation with the Belgrade International Architecture Week, the Faculty of Architecture and the Faculty of Philosophy University of Belgrade, Association of Belgrade Architects, and the Academy of Architecture of Serbia.

The exhibition is open to the public until August 24 at the SANU Gallery (Knez MIhailova 35).

This program is made possible by the support of the American people through the United States Agency for International Development (USAID). The contents of this program are the responsibility of Nova Iskra and do not necessarily reflect the views of USAID or the United States Government.