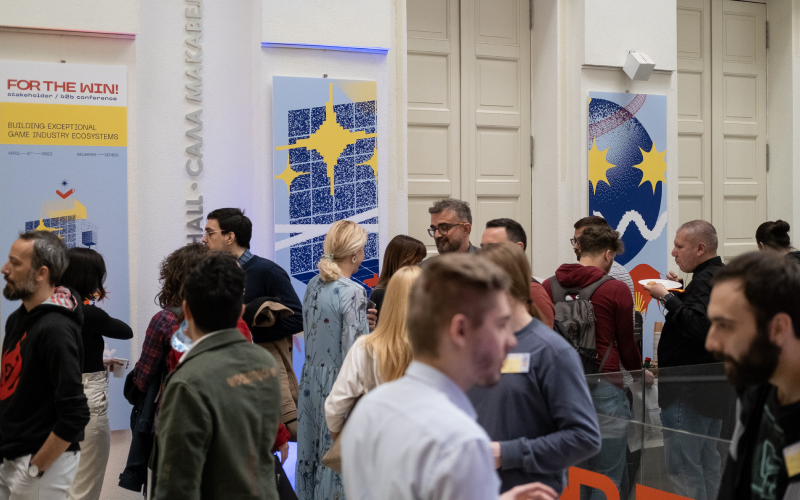 Under the slogan Building exceptional game industry ecosystems, the Serbian gaming association (SGA) organises a conference that will bring together almost 200 actors from the local, regional and European video game development industry in Belgrade this month, and offer an exciting program and networking opportunities. In addition to local stakeholders and representatives of European associations, the local community will be introduced to speakers from leading global companies such as Google, Outfit7, Epic Games, Focus Entertainment, Fingersoft, Playrix and others. The goal is to enable the best possible development of the local gaming ecosystem, and realize its full potential.

One part of the program will present numerous European associations (Italy, Sweden, France, Romania and others, as well as the EGDF), and transfer their own practices of building successful frameworks for gaming ecosystem development, and various models of cooperation with the government, civil society and the market economy.

While the B2B part of the program will be evenly dedicated to the 'core' or PC side of things while the famous Gamecamp community, which gathers over 100 studios from Southeast Europe, will present its program for mobile studios in a separate space. Lectures, panels and moderated Q&A sessions await us, with many opportunities for networking and matchmaking.

On this occasion the audience will have a chance to see the premiere of the SGA Annual Industry Report for 2021, which will make the SGA one of the most agile associations when it comes to publishing annual research on the state of the domestic industry. Keynote lectures by the representatives of Epic Games, Outfit7 and Google will follow, rounding up the day with a party for conference delegates in one of Belgrade's clubs.

The main partners of the conference are USAid, ICT Hub, Unreal Engine (Epic Games), Playrix.rs, Gamecamp, SwissEP, the French Institute, Goethe-Institut and the Embassies of Sweden and Finland, while the main media sponsor is Netokracija.

This article was made possible by the support of the American people through the United States Agency for International Development (USAID). The contents of this article are the responsibility of Nova Iskra do not necessarily reflect the views of USAID or the United States Government.