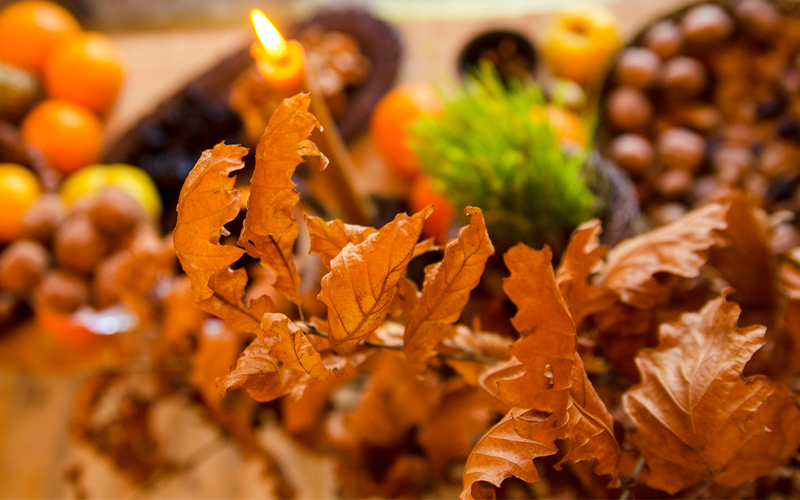 As many would say, the most cheerful of holidays, celebrating birth and the beginning of life. Christians celebrate the birth of Jesus Christ â€“ Catholics on the 25 of December, while Orthodox Christians celebrate it on the 7 January, since they observe different calendars.

For the Orthodox, Christmas is among the most important and joyous holidays. The very holiday and the manner in which it is celebrated have a spiritual dimension.

Celebration of Christmas includes a series of customs which are held in high regard and traditionally observed every year. The customs are meticulously preserved as precious heritage and are transferred from generation to generation. In case you stroll along the streets in Serbia, or enter any Serbian home in the time around Christmas, it would be entirely clear that something special is underway.

Christmas is celebrated for three days. The first day of this celebration is January 7. Early in the morning every church bell tolls. The entire city resounds with this sonorous chime, as well as towns and villages. Wherever there is a church, you can hear this glorious sound. This is a magical moment. Very early on Christmas morning, the house receives a special guest â€“ polozajnik. This can be a prearranged guest, or a chance visitor, and he is received with special honours. He approaches the stove, fireplace, or some symbolic hearth of the house, stirs the fire and says: The more sparks, the more happiness! The more sparks, the more ducats...

The polozajnik symbolizes the three sages who followed the star from the East and thus arrived for the adoration of the newborn Christ. He is given a special gift because he has ushered happiness into the family home. In the morning, people go to church and at home a special Christmas bread which is called cesnica and contains a coin is made. Before the holiday breakfast, or lunch, the family stands around the table and says grace, incense is burned and the house icons, as well as the entire home are fumed, while the baked cesnica is placed on the table. The family members ritually rotate the bread and then break it, taking a piece each. Of course, someone wins the coin and after this they sit to have a meal.

The first day of Christmas is also the end of the Nativity Fast, which has lasted for 40 days. For the duration of the Fast, its practitioners abstain from food of animal origin (even fish) and alcohol, on some days also avoiding oil. For Orthodox Christians, the Nativity Fast is a period of spiritual reflection and prayer.

The day before Christmas is called Badnji dan in Serbian, and every year on Christmas Eve, in all churchyards, an oak tree called badnjak is burned. We suggest that you head for the Temple of Saint Sava and see the traditional burning of a gigantic badnjak, always attended by huge crowds of people. And the next morning, on 7 January, you open your windows and listen â€“ the bells toll in absolutely every church.

This article was made possible by the support of the American people through the United States Agency for International Development (USAID). The contents of this article are the responsibility of Nova Iskra and do not necessarily reflect the views of USAID or the United States Government.